Get fresh music recommendations delivered to your inbox every Friday.
We've updated our Terms of Use. You can review the changes here.

from Christmas Rap by Encyclopedia Brown 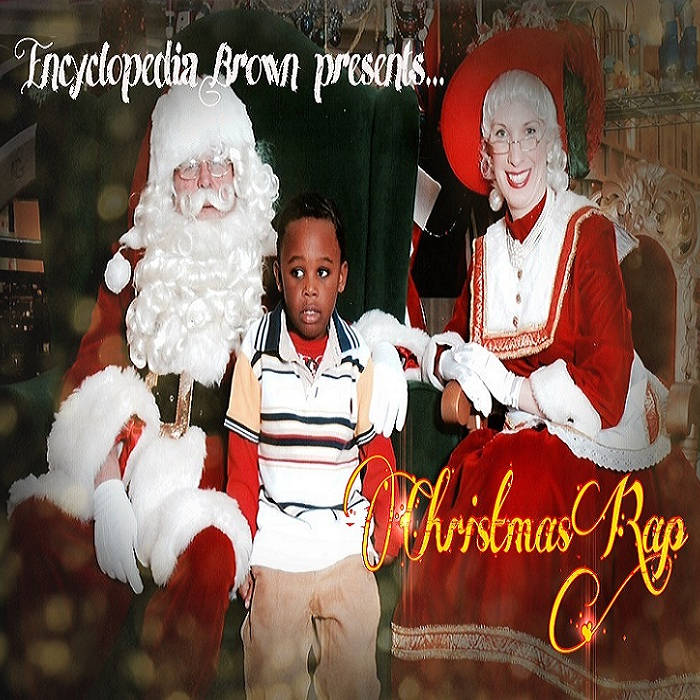 Sometimes the holiday season makes me sick/ let me tell ya a lil sumn bout ya boy St. Nick/ I know it all look like beatutiful the glamour the glitz/ but on the real y'all Santa got some beef in this bitch/ don't nobody know how much it cost to feed reindeer/ I lost 50 acres of land to global warming this year/ damn elves went on strike trying to organize a union/ on top of all that me and the Mrs. ain't doing it/ but all that I hear about is can I have/ then you give em what they want and people still be mad/ the fuck you want me to do/ I got a worldwide flight/ on 2 different hemispheres in the same night/ hauling round gifts and spreading the good cheer/ I know you can't wait for Santa to get there/ and all I'm trying to really say is cut me some slack/ before you find something in ya stocking dirty and black/ you little ingrates

Lemme tell you lil something bout ol saint nick/ ol saint nick can eat a old saint's dick/ always coming down the chimney with the same ol shit/ another wack christmas with the lamest gifts/ if i get one more tie or package of socks/ i'll cock the hammer on santa shot'em right in the crotch/ i've been waiting for this bitch since six o'clock/ imma rob this marg for that new xbox/ ol red suit wearing cookies on a plate nigga/ lazy ass work a day a year face nigga/ but he's gotta be white cause he's always on time/ and he breaks into homes but it's still not a crime/ he runs a sweatshop with underpaid little people/ truth be told, santa claus is kinda evil/ i know it sounds bogus and it might be wrong/ but that piece of shit had this coming for too long

SANTA: Got a thermos full of egg nog spiked wit Amorreto/ now you know Big Santa going straight to the ghetto/ come slide down the chimney and what do I see/ but a nosy lil mufucka looking at me/

SANTA: See that's the shit there that keep you on the list/ you lucky I showed up to even give you shit/ lil pants dragging snot nose/ wanna cut class/ good grades get good gifts/ get it stupid ass/

SANTA: You should know more respect to your almost dad/ I'm the reason why this time of year ya mom's so sad/ lemme hit you wit a factoid you did not know/ she seen my North Pole she a Ho ho ho/

BROWN: yeah I doubt it/

SANTA: what you mad, talk about it//

BROWN: fuck that whatever's in the bag you leaving here without it/

SANTA: hell naw what you thought/ you was finna punk santa/ i suggest you move back in a real smooth manner/

BROWN: yeah right whatever Santa I'll call the police/ and tell em that you tried to kidnap me in my sleep/

SANTA: listen real talk santa still on probation/ and i gotta be careful in this whole demonstration/ so you can have the bag and everything in it/ you done already put me behind 11 minutes/ now imma just leave cause it's time to take flight/ enjoy ya christmas gifts buddy, good night

BROWN: aight then fasho santa i appreciate this/ i guess in the end you ain't that much of a bitch/ but man wouldn't you know it when i open my gifts/ its a bunch of boxes full of reindeer shit

A prolific MC and die hard hip hop enthusiast, Encyclopedia Brown keeps listeners on their toes with slick punchlines, fluent vocabulary, & dynamic wordplay. An 80's baby, Brown came up during the "Golden Age" of hip hop, penning rhymes and honing his craft as a teenager. A charismatic persona, plus a natural ability to command attention, equals an impressive performer worthy of any audience ... more